The Mount Isa Inlier is a multiple deformed and metamorphosed Early to Middle Proterozoic terrain. The inlier has been subdivided into three broad north-trending Provinces – the Western, Kalkadoon-Ewen, and the Eastern Fold Belts, based on various tectonic, structural and paleogeographic criteria. The Eastern Fold Belt is subdivided into a further three zones, from west to east; the moderately deformed Wonga and Quamby-Maldon Sub-provinces and the structurally complex Cloncurry Sub-province.

The deposit scale geology at Pegmont has been the subject of a number of scientific studies including the unpublished Ph.D thesis of Vaughan (1980) and Newbery (1990) which was completed prior to the most of the drilling which occurred from 1998. There are few outcrops on the Property, therefore the Geological Frame work of the Pegmont deposit draws not only on surface fact mapping but is also heavily reliant on drillholes and interpretations of geophysical surveys. 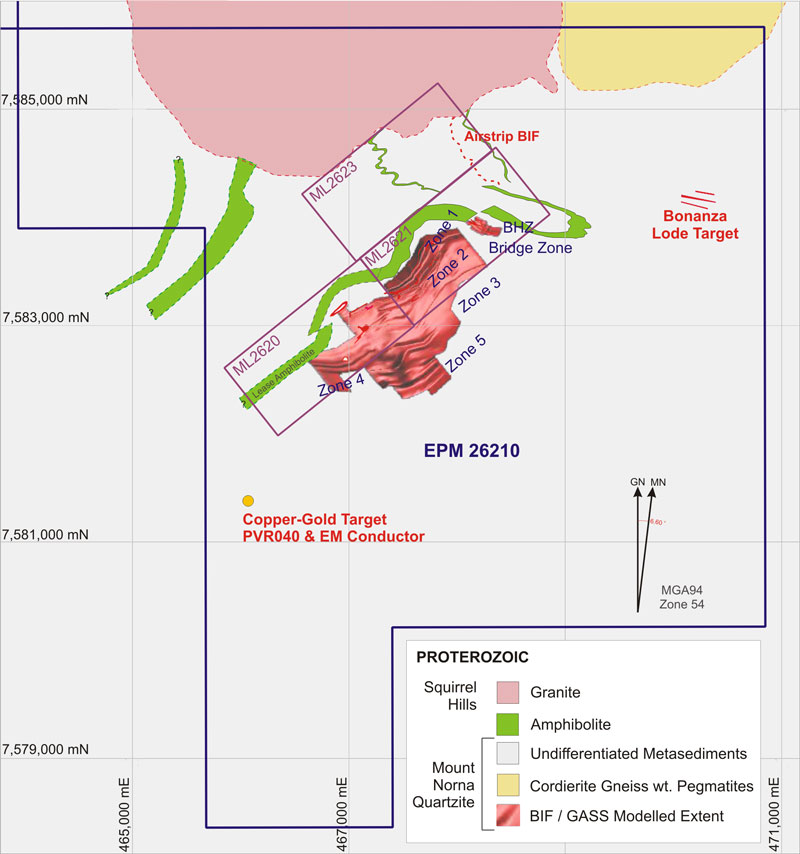